Skip to content
Every time that I hear about ISIS, its crimes and its imminent danger for the whole world, I remember where many troops of this and  other terrorist groups in the Middle East are now being trained: Libya. 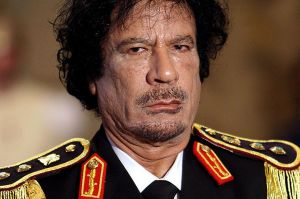 After the death of General Muammar Gaddafi, Libya has become the haven for jihadists because it lacks a strong central government and is practically divided between numerous tribes. So there are areas that are either directly controlled by the jihadists or they have made deals with the dominant tribe.
There is no doubt that Gaddafi was a dictator, he bombed his own people and committed so many crimes against humanities during his 42-year reign over Libya. In fact, he should have been ousted much sooner. The problem, however, was the decision of the West to invade Libya in order to topple him without first supporting or preparing a strong opposition group in the country that could successfully take over and prevent a power vacuum in the region.
It was not like that nobody knew this situation would happen. The issue was that the Arab spring provided a unique opportunity for regime change in Libya which the West wanted for a long time. On the other hand, Gaddafi who knew about this attitude of the West, threatened to cut the oil supply to Europe in case they supported the rebels. Remembering that it was during the Global Financial Crisis, it could have extremely exacerbated the situation for already in trouble Europe. This is how they could mobilise all the forces, gain consensus in the UN for the military intervention and kill Gaddafi in a relatively short period of time.[1]
Very shortly after the military intervention, it became clear that the motivation behind going in Libya was not to help Libyans but to save western interests in the region. That’s why more countries became cautious about voting for military intervention in Syria and so a consensus couldn’t be reached at the UN.
The sad part about all this is that many innocent people died, a country became unstable, a haven has been created for jihadists to train troops to kill more people, and

NO ONE WAS HELD RESPONSIBLE.

[1] There is a noteworthy story about how the coalition could find and kill Gaddafi. It’s been said that Assad who (correctly) thought that the West would next come after him, revealed Gaddafi’s satellite phone number to France. That is how the coalition forces were able to set a trap for and finally kill Gaddafi (read more here)

One thought on “Libya: Why It Became a Haven for Terrorists”